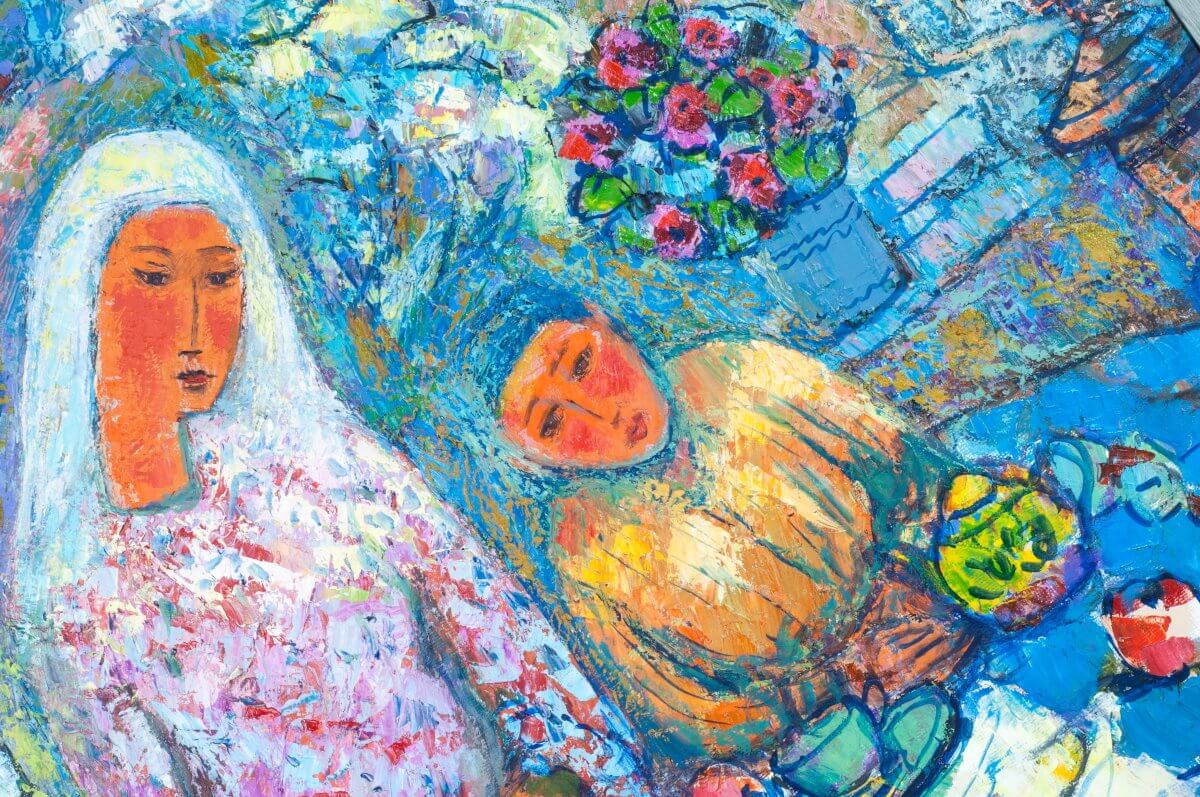 The Piano Craft Gallery presents an exhibition of drawings by Joel Leong, “One Story,” from September 9 through October 16, 2004. The exhibition features meticulously rendered pen & ink and watercolor drawings of one story buildings with no roof, where the viewer peeks inside to see a series of fantastical rooms in which odd scale shifts, implausible situations, and strange juxtapositions of furnishings are the norm.

The title work for the exhibition “One Story” (2004) is a large (38 1/2″ x 46″) pen & ink and watercolor drawiing of a massive 30 room abode – a curvilinear maze of unpopulated interiors containing hot tubs, deserted mattresses, a swimming pool, a funeral chapel, a restaurant, bunk beds, a synagog, and a large flooded sink hole of swirling objects.

Also included in the exhibition is the pen & ink and watercolor drawing “28 Rooms,” (2004, 22″ x 30″) a one story assemblage of rooms where swiming pools, picture galleries, hot tubs, and game rooms are once again improbable neighbors. Then in a related series of works, each of these 28 rooms is reconfigured and recombined separately in a new way on smaller sheets of paper (9″ x 11″) in a more detailed manner than the original 28 rooms. The result is 22 new drawings of these rooms with titles such as “Bearskin Bliss,” “Deserted Mattresses with High Dive,” ” Chillin with Spillage,” and “$20 Admission Nightmare.”

The exhibition features Joel Leong’s artist book(s) “Manhole,” (2003) a Kafkaesque journey through some of Mr. Leong’s favorite recurrent themes: butter, mattresses, hot tubs, teeth, and fantasy dwellings. “Manhole” is something of a hand-drawn ‘editioned’ artist book. The first part is simply an artist book, similar to other tightly engineered volumes Leong has created in the past, including maddeningly detailed pen drawings accompanied with strategically placed, scalpel-incised holes. Because artist books are notoriously difficult to exhibit, the second part of this project was born. It consists of one fully-bound book, identical to the original master copy, for every page spread in that master.

This is Joel Leong’s second solo exhibition at the gallery. Leong, 31, lives and works in New York City. His work has been included in exhibitions at P.S. 1 “Greater New York,” 2000, The Drawing Center “Winter Selections,” 2001, The Bronx Museum “Artists in the Marketplace,” 2001 and the Brooklyn Museum of Art, “Artists Books,” 2000. His work is included in the collections of The Museum of Modern Art, New York, MoMA, San Francisco, The Smithsonian Institution, The Walker Art Center, Harvard University, Yale University, The New York Public Library, The Progressive Insurance Co., as well as numerous other museum and public collections.